South Africa missed last year due to pandemic; starts in August after Lions tour . Argentina mounted a remarkable campaign last year, coming out of lockdown and quarantine to beat the All Blacks for the first time and drawing twice with the Wallabies. 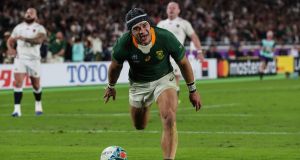 The tournament opens on August 14th with the Springboks, who will be battle hardened after hosting the British and Irish Lions tourists, taking on Argentina in South Africa and concludes with the final two tests on October 2nd. Australia will open their campaign in traditional fashion with back-to-back matches against New Zealand, the first on August 21 stin Perth and the return in Wellington the following week.

Those two matches will double as Bledisloe Cup contests with a further test outside the Rugby Championship at Eden Park in Auckland on Aug. 7 opening the annual Trans-Tasman series.